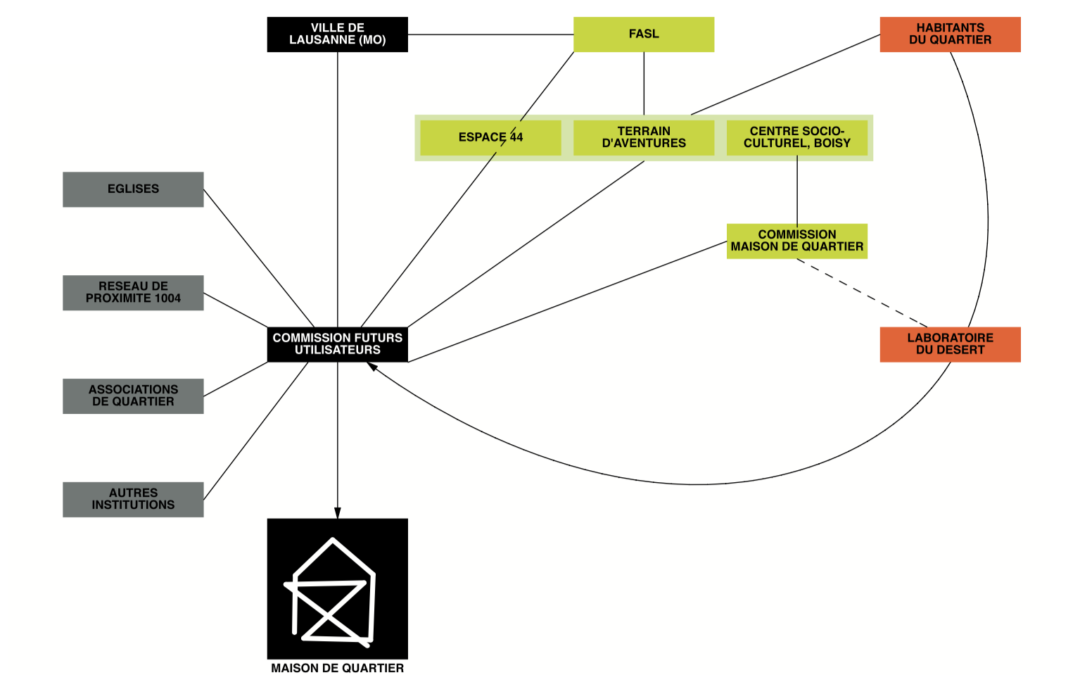 Think tank originally created to apply participation principles to the project of transformation of the mansion at le Désert (Lausanne) in neighbourhood’s house. The reflexions of the Laboratoire du Désert have extended to the accessibility of the house and to local urban issues.

As inhabitants of the neighbourhood and at the invitation of actors from the Fondation pour l’Animation Socioculturelle Lausannoise, they have, together with their peers:

– developed the concept for the integration of participation in the neighbourhood house project (summarized below in French) and documented by the University of Lausanne.

– set up an inhabitants’ forum.

– organized a neighbourhood safari to sensitize the authorities and residents to the issue of accessibility to the neighbourhood house and in particular to the problem of children and the elderly crossing the highway that divide their vicinity.

– set up a college of inhabitants-experts to demonstrate the feasibility of neighbourhood’s densification in order to contain transit traffic and encourage mixed use.