As part of a renovation program for the train tracks on the line Berlin-Rostock, a plan to demolish the small station of Klockow in the middle of the park was drawn. The main reason was economic: not enough inhabitants in the area and the proposed underground passage was too costly.

The authors, approached by the inhabitants, proposed to rescue the station for touristic purpose as an increasing number of people from Berlin are coming for biking in this nature sensitive region. They organized an exhibition based on the book by Ch. Kostolnik « 735 Jahre Klockow » Neustrelitz, 2008, and a transformation proposal for the station with a stop on request (see illustrations below).
They also interviewed the operator who worked in the station and organized two public events at the beginning and at the end of the exhibition to mobilize the population affected by the closing down of the station.
Although the action was supported by local authorities, institutions (PRO BAHN M-V) and the press (NordKurier), the station got demolished. 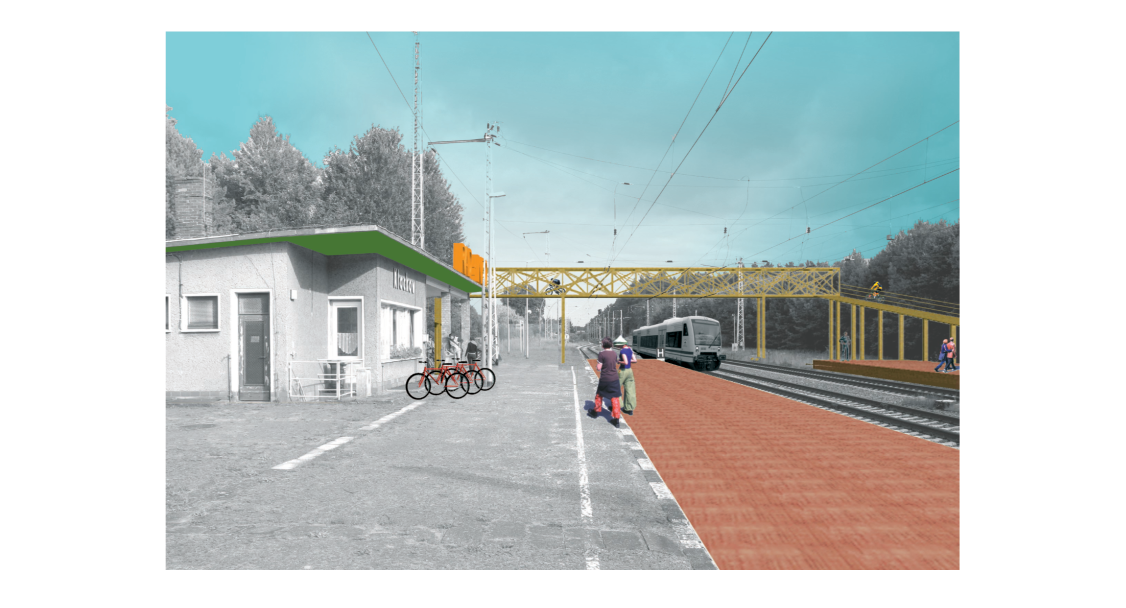