Aim
Documentation of partly defect wooden stairs to produce explicit documentation for tendering. The carpenter will have to rebuild the broken steps (in red below) identically; it is up to the tenderer to produce a complementary point cloud for his CNC or to draw the steps profile by hands.

The staircase
Is part of a historic semi-detached house build at the end of the 19th century in a small series along the Berlin – Rostock-Warnemünde line.
It was built by the railway company Lloydbahn for its employees. 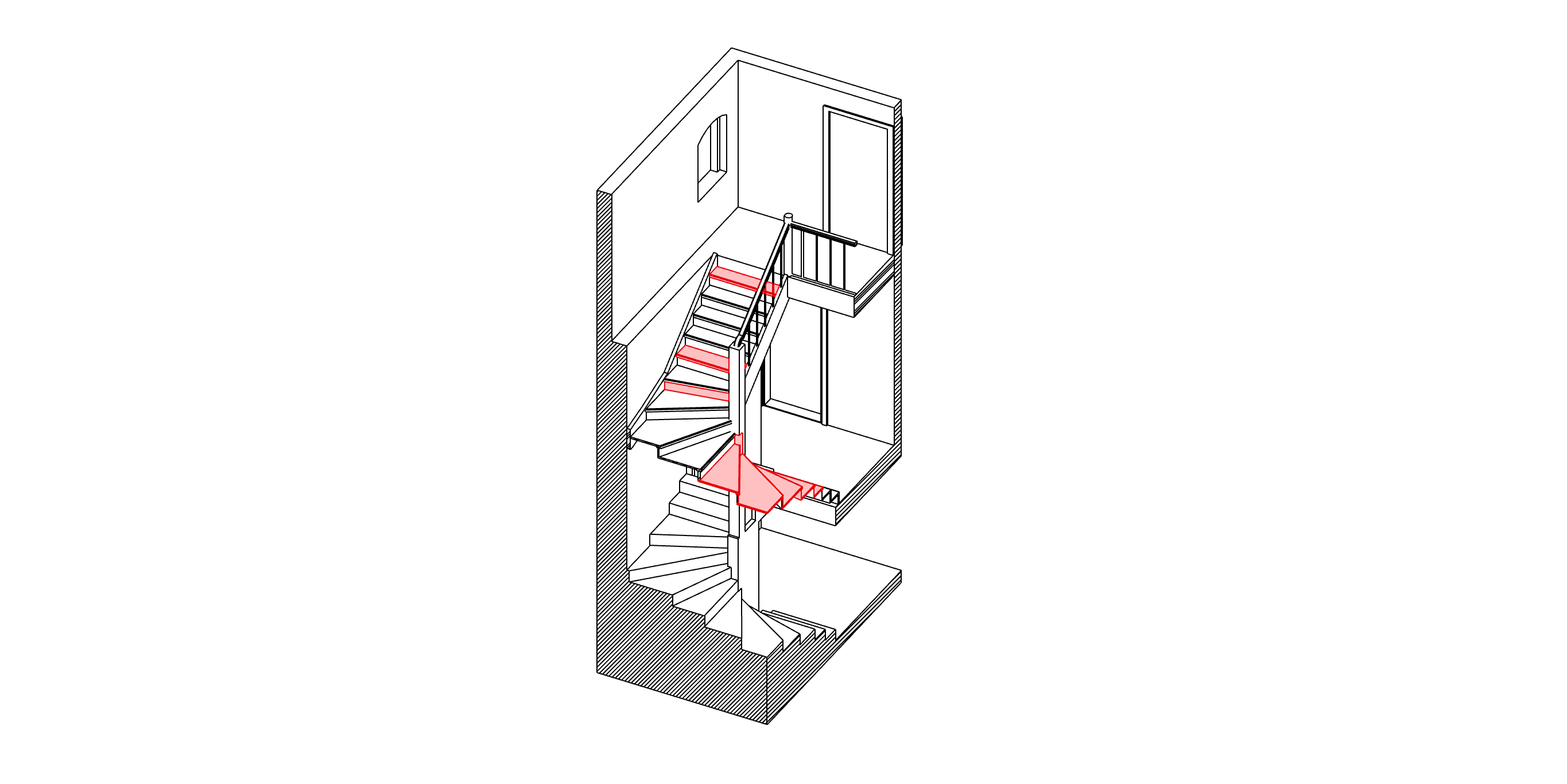 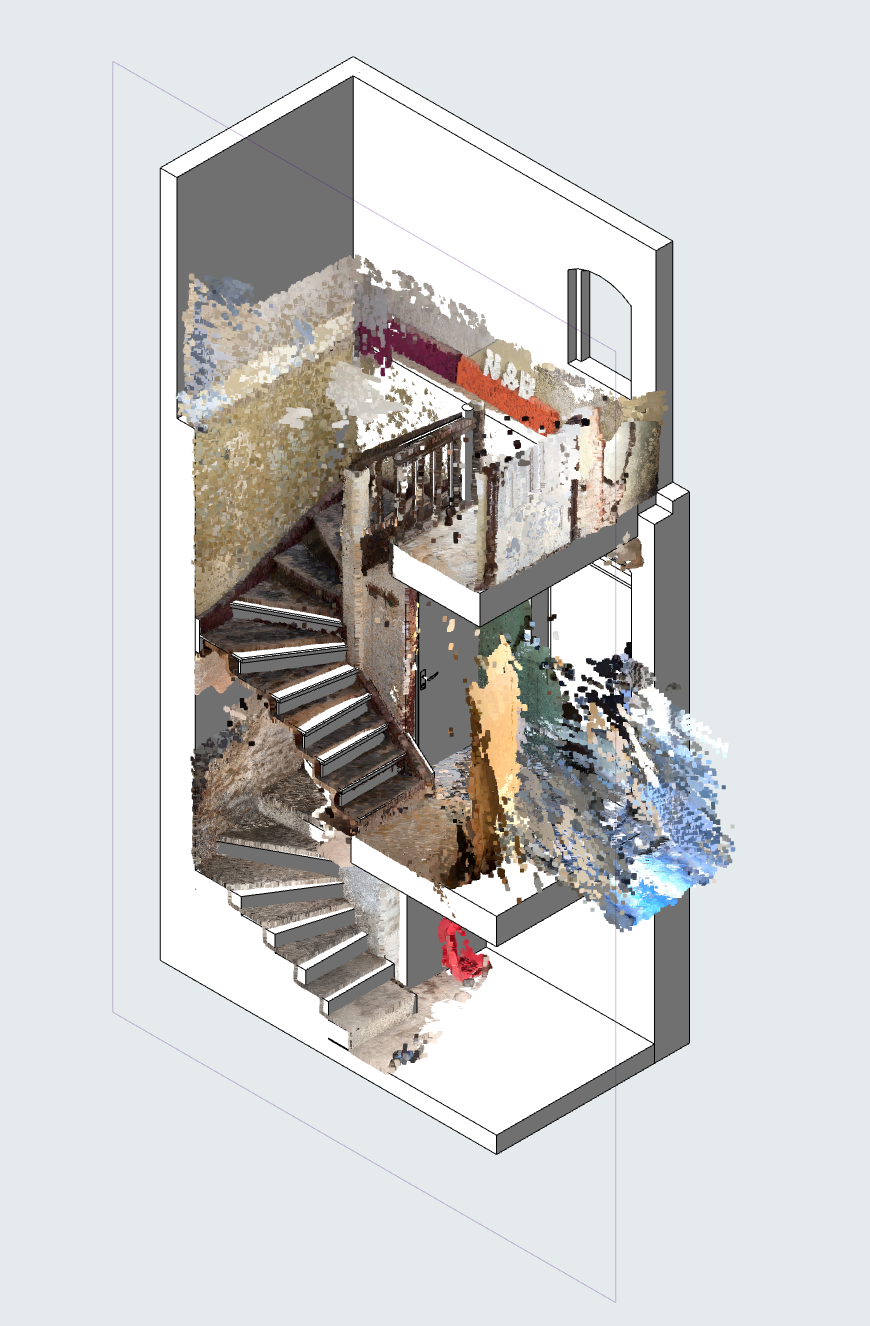 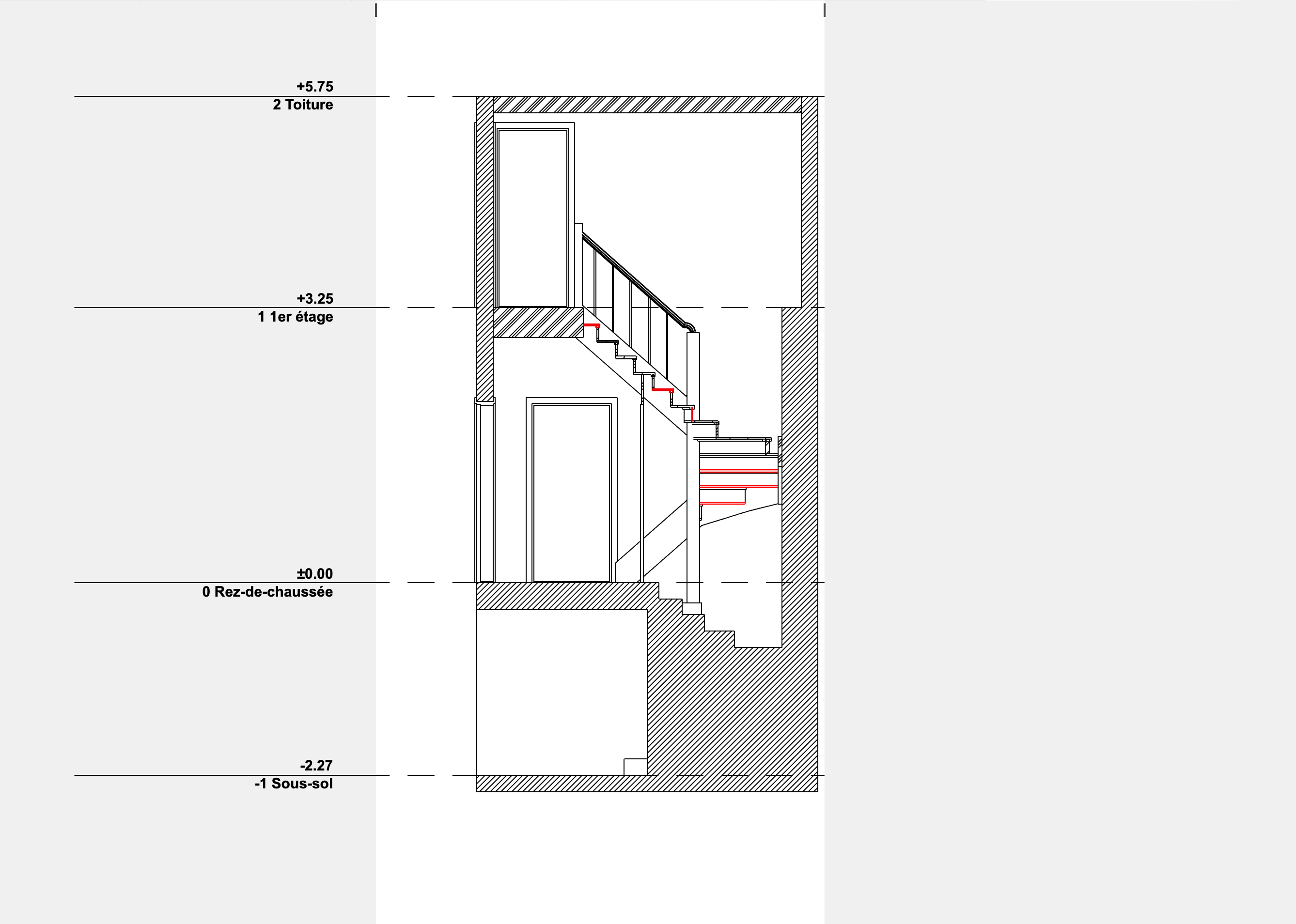 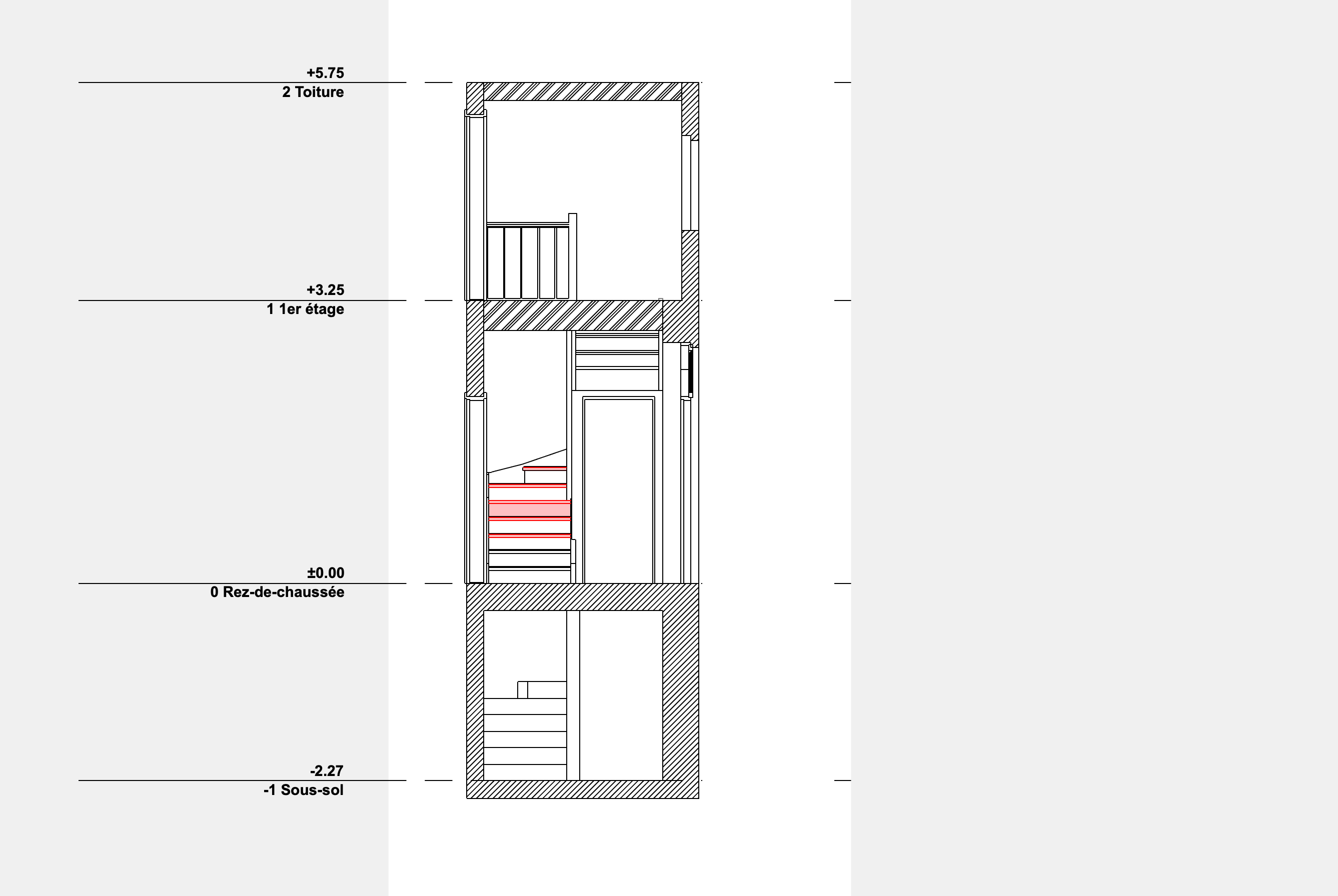 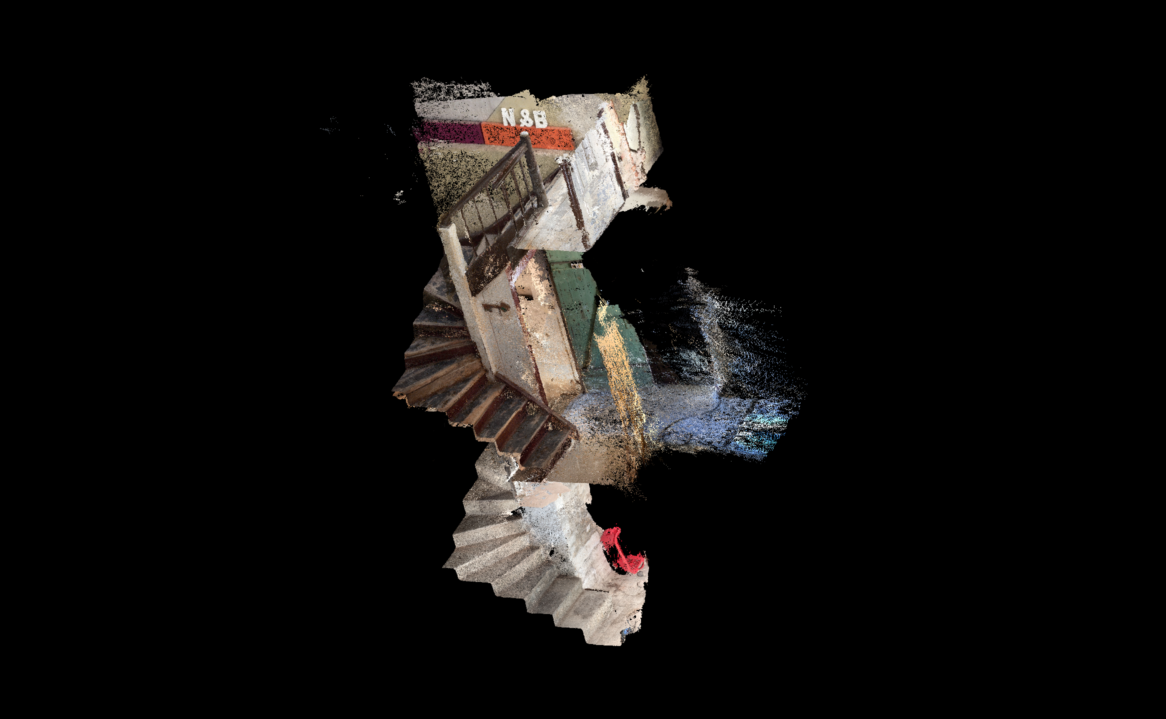